The fuel in the aircraft tanks forms a highly flammable mixture. Contact with oxygen in particular can lead to explosions. For this reason, the fuel tanks in aircraft wings are increasingly being blanketed with nitrogen. In the USA, this has even been obligatory since 2017.

In addition, aircraft tyres are exposed to forces of considerable strength during take-off and landing. During landing in particular, the aircraft tyres heat up very strongly due to friction between the runway and the brakes. A tyre filled with oxygen can self-ignite under such circumstances. As part of fire protection, aircraft tyres are therefore filled with nitrogen. Furthermore, tyres filled with air can freeze at high altitudes and the associated sub-zero temperatures. The reason for this is the water content in the compressed air. Filling the tyres with nitrogen, on the other hand, prevents them from freezing at temperatures as low as -170 degrees Celsius. Thanks to the positive properties stated above, filling with nitrogen can also significantly increase the service life of the tyres.

With our nitrogen generators, we supply high quality solutions for the stationary and mobile production of nitrogen for different applications, including for low volume requirements. 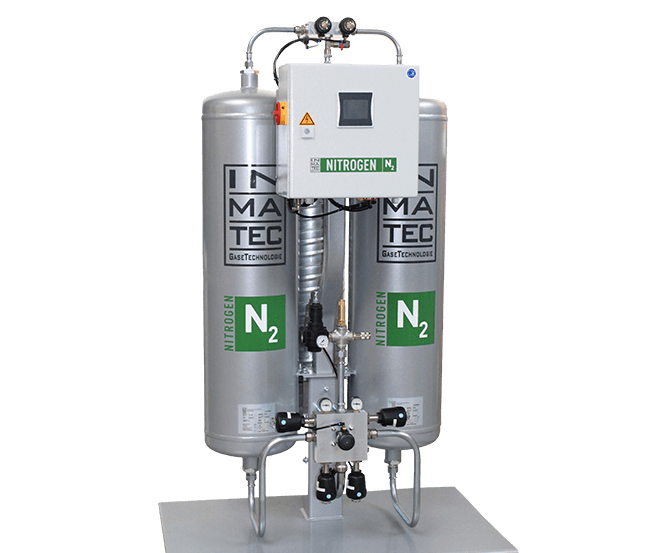 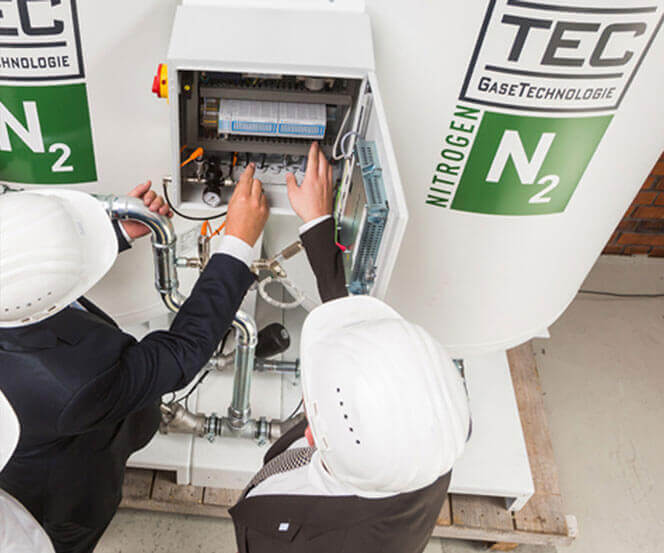 The separation of nitrogen molecules from the oxygen molecules is achieved by means of Pressure Swing Adsorption (PSA) Technology.

Would you like more information
about our nitrogen generators for aviation?